Project “work” for a year!

You can congratulate us!

Project start date was December 8, 2015 with a simple html code on the site to the popular cms system.

There was a section upgrade hash decrypt Free

Now you can see the view request to decrypt the password at the same time from a given hash.

Also, when receiving the password from the hash, you will come to the post office with an automatic notification responses.

Carry out recovery passwords for various types of hashes

If your hash is not in the list of the above-go to page
example hashes of virtually all existing at the moment, algorithms, and perhaps you will be able to determine the type of the hash yourself.

If your algorithm does not found in lists, not in despair, send. On receipt of the order, the consultant will update algorithm and you order implemented otpishetsya on page “order Hash”

There was a section of free checking hashes

added a new section where you can order a transcript of the hash type you need for free.
Submission of hash also via the feedback form, the only exception as compared to a paid transcript.
No fee is charged
The response time for this section during the day.

For instance, you forget your password in Skype, but you have it stored in the client skype.
Recover password via the website skype.com you can not.
Then this method you the perfect fit.

A new mini article about getting the password to excel, word, zip and rar

On the website in the article published instructions on obtaining a password hash from the encrypted Microsoft Office Excel Office documents. Possibilities of other components for zip and rar archives.

You can quickly and efficiently create complex, or whatever password accidentally. 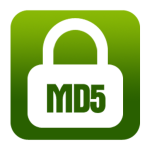 END_OF_DOCUMENT_TOKEN_TO_BE_REPLACED

What is the password encryption algorithm in the CMS or OS Windows?

There were two small article:

For password encryption method also included an example of a hash.